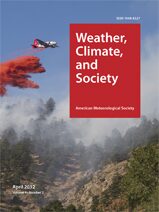 Proportion of the U.S. adult population in the six Americas.

Decades of research by many of the world’s leading natural scientists have enormously improved our understanding of how the climate system works, including the complex interactions of the atmosphere, oceans, land surface, cryosphere, orbital mechanics, and solar activity. This work has established core and unequivocal findings—that the greenhouse effect exists, that atmospheric concentrations of greenhouse gases are rapidly increasing, that the earth is now warming, and that human activities are the primary cause. The science also indicates that, unchecked, the consequences will cause far more harm than benefit to both human societies and natural ecosystems.

In both scientific and practical terms, however, climate change is now arguably best understood as a problem primarily of the social and behavioral sciences. The cause of today’s climate change—the rapidly increasing concentration of greenhouse gases in the atmosphere—is the direct result of human actions, including the burning of fossil fuels, industrial processes, deforestation, and other land use changes. In turn, these proximate causes are rooted in the patterns, systems, and institutions of human decision making and behavior, ranging from the individual to the household, community, private sector, civil society, and nation-state. Thus, the causes of this problem are ultimately rooted in human choice and behavior.

Likewise, the solutions to climate change require shifts in human decision making and behavior at each of these levels—to both limit the magnitude of climate change and to prepare for and now adapt to the inevitable impacts. Moreover, many of the impacts will cascade through the human dimensions of climate change, affecting the food, water, health, energy, economic, political, and cultural systems that support modern civilization.

Finally, the greatest source of uncertainty in projections of future climate is human behavior—will humanity continue emitting vast quantities of heat-trapping gases under “business as usual,” or will we consciously and deliberately make the transition to a clean and prosperous, low-carbon future? This is the essence of the challenge.

Thus, the social sciences—from psychology to sociology, from economics to geography, from anthropology to political science—are now essential to meeting the climate challenge. This in no way discounts the critical value of the natural sciences in their continued quest to understand how the climate system works and has changed over time, and the causes, consequences, and potential solutions to anthropogenic climate change. It does, however, challenge the social scientific community to more fully engage this and other global sustainability challenges. Perhaps more importantly, it challenges the funding community to provide the necessary and sustained levels of support this research requires—to both understand the dynamics of coupled human and natural systems and to develop the “sustainability science” that can inform societal decision making (Kates et al. 2001). And it challenges all of us to continue the effort to bridge the divide between the natural and social sciences—and yes, the humanities too—in the effort to understand and solve our shared global challenges.

We must also recognize, however, that human systems are at least as complex as the climate system itself and are therefore just as—if not more—difficult to analyze, model, and predict. For example, it is relatively easy to extrapolate our understanding of how one atmospheric CO2 molecule traps heat to all other CO2 molecules. Human beings, however, are different. It is hard enough to understand the complex conscious and unconscious dynamics of a single human being, much less 7–9 billion, organized into a bewildering array of intersecting and interconnected groupings—of nation, race, class, gender, religion, political ideology, culture, and diverse underlying histories, values, and worldviews.

As just one example, although we often speak of “the American public,” it is critical to remember that Americans (like all other nations) are not homogenous and do not speak with a single voice about climate change. In fact, there are at least six distinct “Americas” within the United States and each responds to this issue in a very different way [Fig. 1 (Maibach et al. 2011)].

The Alarmed are convinced that global warming is happening, human caused, and an urgent threat. The Concerned are also convinced global warming is happening and human caused, but tend to view it as a threat distant in time and space. The Cautious are paying attention, but have not really made up their minds whether it is happening or not, human caused or natural, a serious risk or overblown hype. The Disengaged have heard the term “global warming,” but know little to nothing about the causes, consequences, or potential solutions. The Doubtful are inclined to think it is not happening; but if it is, it is just part of a natural cycle, and thus conclude there is nothing humans can do about it. Finally, the Dismissive are convinced global warming is not happening, not human caused, and not a serious risk. A subset believe that it is a hoax or a conspiracy with scientists cooking the books, the United Nations plotting to take away American sovereignty, or a get-rich scheme by Al Gore and friends.

Each of these Americas actively interprets and constructs information about climate change and even particular weather events from these divergent perspectives. For example, some of the Alarmed are predisposed to interpret particular extreme weather events (like recent tornadoes in the United States) as “proof” that global warming is happening, thus confirming their prior beliefs, even though there is no known scientific link between climate change and recent tornado activity. Likewise, some of the Dismissive will hail a record cold temperature or snowstorm as proof that global warming is not happening, thus also confirming their prior beliefs. Meanwhile, other Americans between these two opposing groups may shift their beliefs about climate change as the weather changes from cold to warm and back again.

Nonetheless, as the concept of human-caused climate change works its way through the public mind, many people are starting to wonder, are these extreme weather events connected to climate change? Thus, despite the legitimate reluctance of many scientists and journalists to make direct causal connections from climate change to specific events, many Americans are already doing so. For example, a nationally representative survey conducted in March 2012 found that majorities of Americans say global warming made several extreme weather events worse, including the unusually warm winter of December 2011 and January 2012 (72%), record-high summer temperatures in the United States in 2011 (70%), and the 2011 drought in Texas and Oklahoma (69%) (Leiserowitz et al. 2012). While the science of climate–weather attribution is still young, many members of the public are connecting the dots themselves. Extreme weather events can thus provide “teachable moments” for climate change educators and communicators—moments when large numbers of people are suddenly paying attention to the topic, asking questions and seeking answers, and may change or intensify their beliefs, attitudes, and opinions.

Moreover, during these events, many members of the public are looking for credible, trusted sources of information—especially from scientists—to learn more about how the earth’s climate is changing, why, and what can be done to both decrease the risk and increase the resilience of our communities. Weather, Climate, and Society can play a vital role in informing, facilitating, and guiding these discussions between the scientific community, policy makers, and broader society as we navigate the uncertain seas ahead.