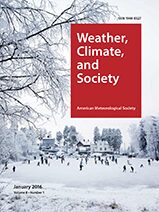 The Role of Collective Efficacy in Climate Change Adaptation in India