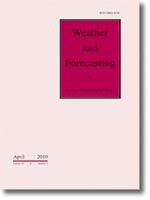 Using the “percent correct” of time associations is flawed as a way of evaluating the performance of tracking algorithms because it is an overestimate, as discussed in the text and shown in (a), and is nonspecific, as discussed in the text and shown in (b)–(d). Dashed lines as in (a),(b) indicate a “dropped” association while arrows indicate an incorrect association, which could be due to a mismatch as in (c) or due to a “jump” as in (d). Solid lines indicate a correct time association. 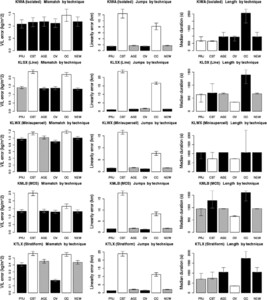 An Objective Method of Evaluating and Devising Storm-Tracking Algorithms