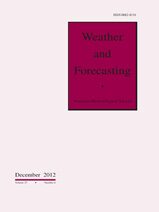 Streamlines and relative vorticity (shading scale at bottom, 10−4 s−1) at 850 hPa from the 1° ECMWF analysis at 1200 UTC 1 Jul 2007. The box labeled MT1 depicts the east–west-oriented monsoon trough that lead to the first, long-lasting monsoon depression east of the Philippines. The box in the Southern Hemisphere labeled AC indicates an anticyclone that is contributing to a southerly flow that enhances the cross-equatorial flow into MT1.

Streamlines and relative vorticity as in Fig. 2, but at 1800 UTC 4 Jul 2007 and including a chain of cyclonic circulations that extend southeastward from Typhoon Toraji in the South China Sea. Following the formation of the first monsoon depression MD1, a second monsoon depression will form in association with the traditionally oriented monsoon trough MT2. A Southern Hemisphere anticyclone (AC) in conjunction with the midlatitude westerly trough contributes to sustained cross-equatorial flow. A near-equatorial cyclone (CSH) in the Southern Hemisphere also facilitates cross-equatorial flow.

Streamlines at 850 hPa from the 1° ECMWF analysis at 1800 UTC 5 Jul 2007 and TRMM 3B42 precipitation dataset. The large box highlights the southerly flow that wrapped around the end of the monsoon trough and into the monsoon depression circulation. The small box shows the wave in the easterly flow approaching the formation region.

Idealized representation of the three cross-equatorial airstreams (A, B, and C) in the conceptual model of monsoon depression formation. Horizontal arrows in the Northern Hemisphere represent the equatorial westerlies and trade easterlies.

Streamlines and relative vorticity as in Fig. 2, but from the 0.25° ECMWF analysis at 1200 UTC 2 Jul 2009. The large southern box highlights the center of the Southern Hemisphere anticyclone, the small northern box highlights the forming monsoon depression, and the solid arrows highlight the three cross-equatorial airstreams A, B, and C of the conceptual model. 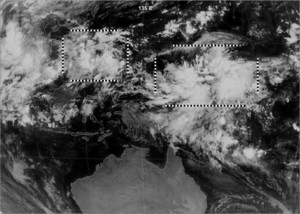 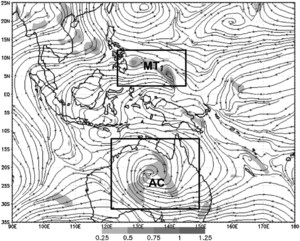 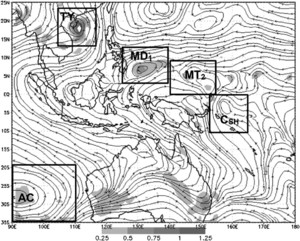 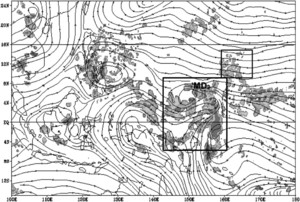 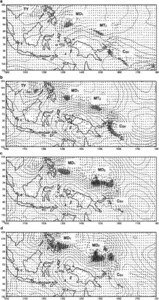 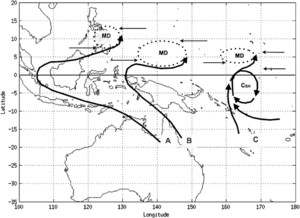 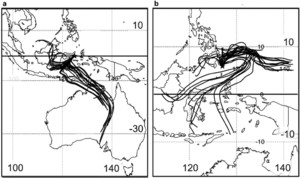 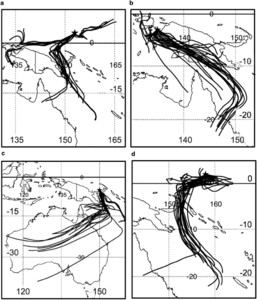 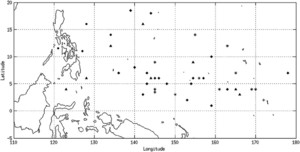 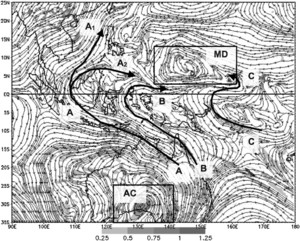 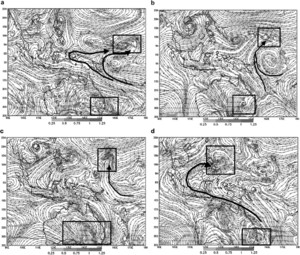 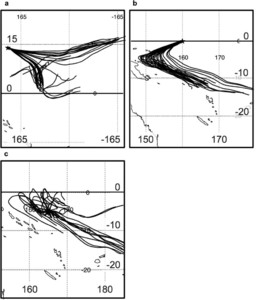 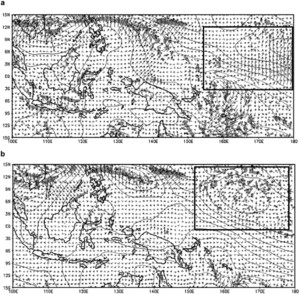