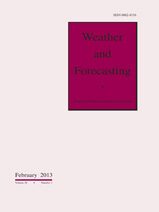 IDI analysis over the CONUS domain for surface observations that reported at least 50% of the 100 analysis hours used in this study.

As in Fig. 5, but for dewpoint temperature.

As in Fig. 5, but for northern UT for all 10 network categories. The 5-km analysis terrain (m) is shaded, with blue areas denoting water grid points. Location of the aviation routine weather report (METAR) observation at Salt Lake International Airport is marked in the EXT panel.

As in Fig. 8, but for wind speed observations over southern CA. Locations of the METAR observations at Los Angeles and San Diego International Airports are marked in the FED+ panel.

Fraction of reports from each network category with observation impacts in the upper quartile over 100 analysis hours for temperature, dewpoint, and wind speed. The assumed observation to background error variance ratio (see Table 1) is labeled at the top of each bar. 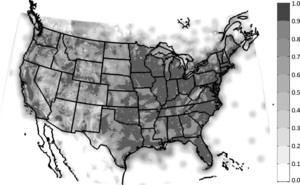 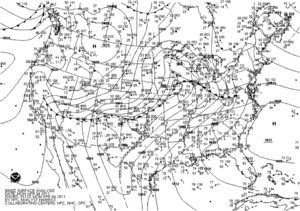 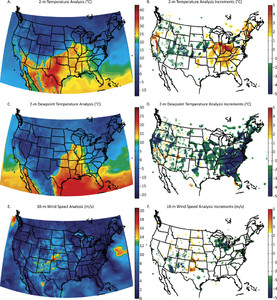 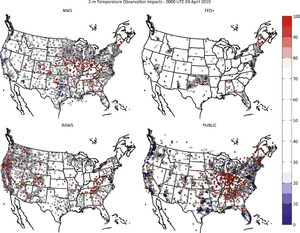 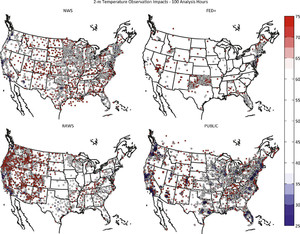 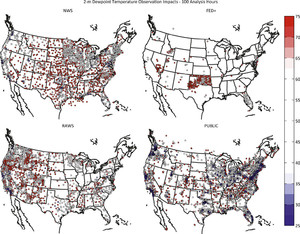 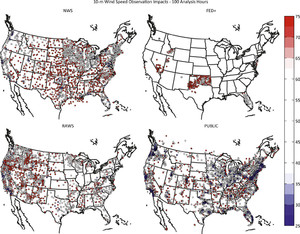 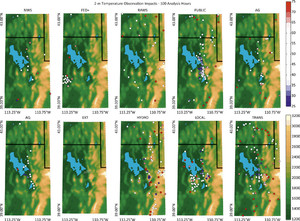 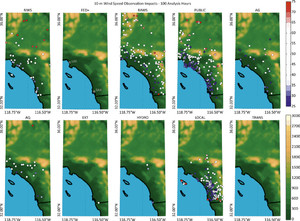 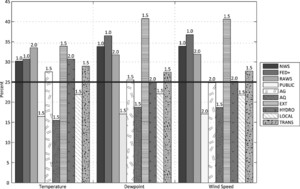