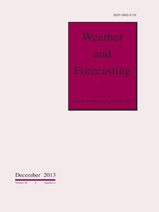 NHC BT genesis positions for the 2004–11 seasons, where genesis is defined as the first entry of a tropical depression or tropical storm.

Conditional probability of a hit (solid line), FA (dashed line), EG (dotted line), and LG (dotted–dashed line) given model-indicated genesis from the CMC for each season, 2004–11. Genesis events from all forecast hours (6–96) are included. Numbers in parentheses are sample sizes.

Conditional probabilities by forecast hour for the CMC. Lines and numbers below the forecast hours are as in Fig. 6.

Performance diagram with the average 2007–11 and 2010–11 performances for each model. Genesis events from all forecast hours (6–96) are included.

The conditional probability of a hit [P(Gy | Fy)] for each model by season. Genesis events from all forecast hours (6–96) are included. 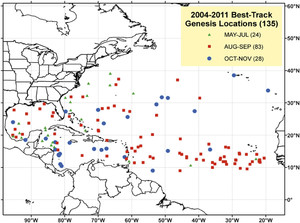 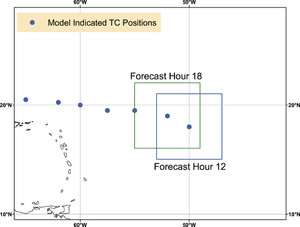 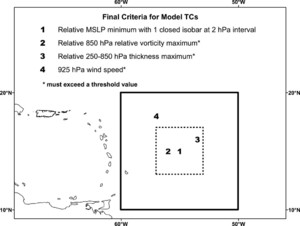 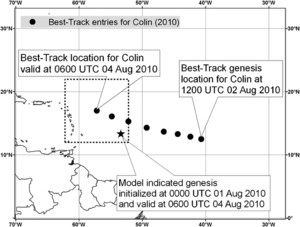 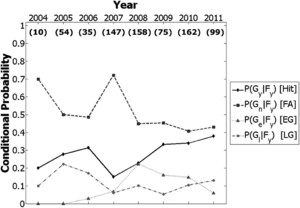 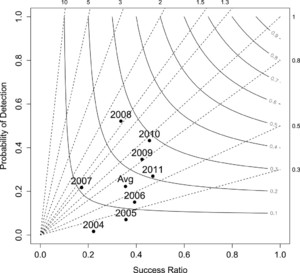 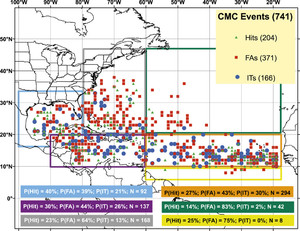 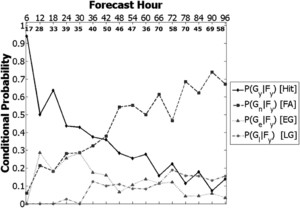 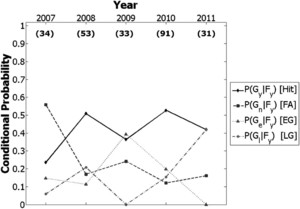 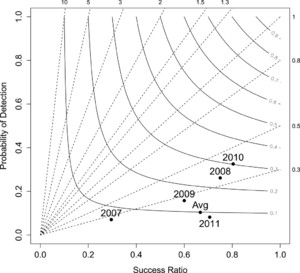 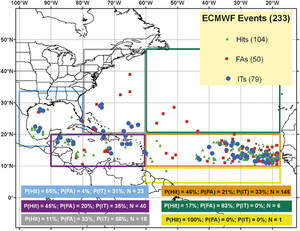 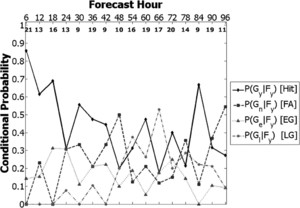 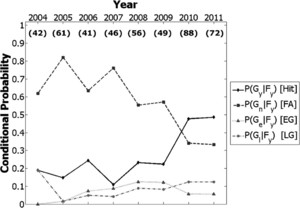 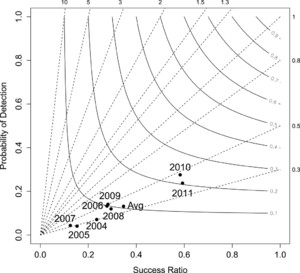 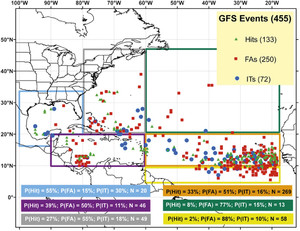 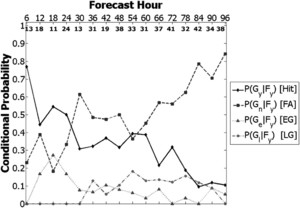 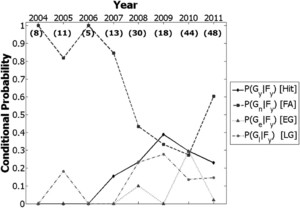 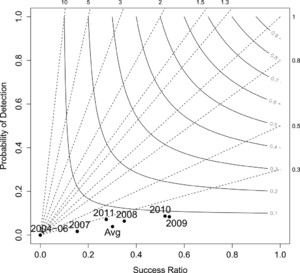 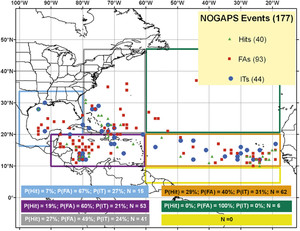 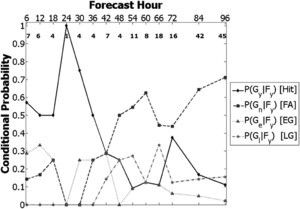 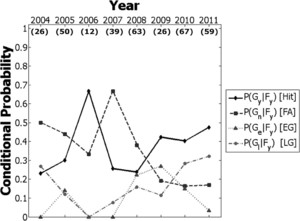 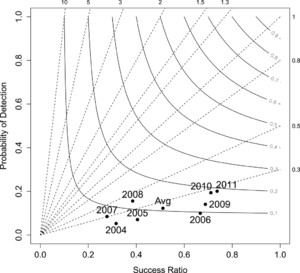 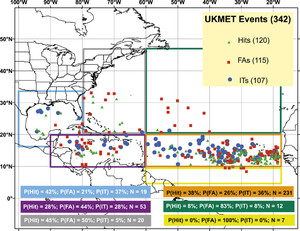 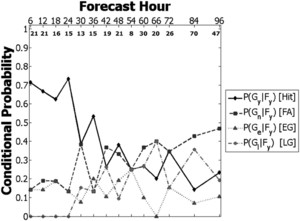 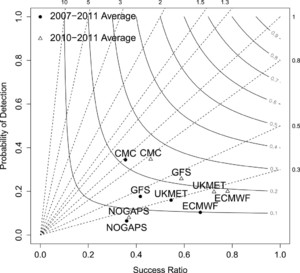 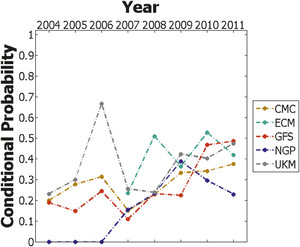